How Cement is Made

Portland cement is the basic ingredient of concrete. Concrete is formed with portland cement creates a paste with water that binds with sand and rock to harden. Cement is manufactured through a closely controlled chemical combination of calcium, silicon, aluminum, iron and other ingredients.

Common materials used to manufacture cement include limestone, shells, and chalk or marl combined with shale, clay, slate, blast furnace slag, silica sand, and iron ore. These ingredients, when heated at high temperatures form a rock-like substance that is ground into the fine powder that we commonly think of as cement.

Bricklayer Joseph Aspdin of Leeds, England first made portland cement early in the 19th century by burning powdered limestone and clay in his kitchen stove. With this crude method, he laid the foundation for an industry that annually processes literally mountains of limestone, clay, cement rock, and other materials into a powder so fine it will pass through a sieve capable of holding water.

Cement plant laboratories check each step in the manufacture of portland cement by frequent chemical and physical tests. The labs also analyze and test the finished product to ensure that it complies with all industry specifications.

The most common way to manufacture portland cement is through a dry method. The first step is to quarry the principal raw materials, mainly limestone, clay, and other materials. After quarrying the rock is crushed. This involves several stages. The first crushing reduces the rock to a maximum size of about six inches. The rock then goes to secondary crushers or hammer mills for reduction to about three inches or smaller.

The crushed rock is combined with other ingredients such as iron ore or fly ash and ground, mixed, and fed to a cement kiln.

The cement kiln heats all the ingredients to about 2,700 degrees Fahrenheit in huge cylindrical steel rotary kilns lined with special firebrick. Kilns are frequently as much as 12 feet in diameter—large enough to accommodate an automobile and longer in many instances than the height of a 40-story building. The large kilns are mounted with the axis inclined slightly from the horizontal.

The finely ground raw material or the slurry is fed into the higher end. At the lower end is a roaring blast of flame, produced by precisely controlled burning of powdered coal, oil, alternative fuels, or gas under forced draft.

As the material moves through the kiln, certain elements are driven off in the form of gases. The remaining elements unite to form a new substance called clinker. Clinker comes out of the kiln as grey balls, about the size of marbles.

Clinker is discharged red-hot from the lower end of the kiln and generally is brought down to handling temperature in various types of coolers. The heated air from the coolers is returned to the kilns, a process that saves fuel and increases burning efficiency.

After the clinker is cooled, cement plants grind it and mix it with small amounts of gypsum and limestone. Cement is so fine that one pound of cement contains 150 billion grains. The cement is now ready for transport to ready-mix concrete companies to be used in a variety of construction projects.

Although the dry process is the most modern and popular way to manufacture cement, some kilns in the United States use a wet process. The two processes are essentially alike except in the wet process, the raw materials, are grounded with water before being fed into the kiln.

We're not around right now. But you can send us an email and we'll get back to you, asap. 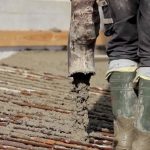 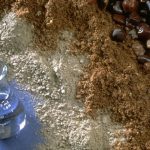